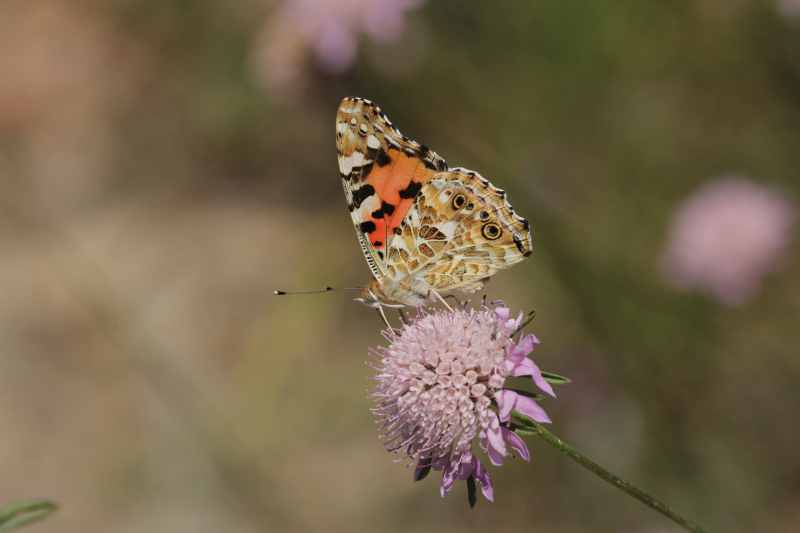 Also with regard to this butterfly we can only talk about "splendor": the etymology of "Vanessa", in fact, can be traced in the term "phanessa", derived from "phaino" (to shine), "phanes" (flashlight) and "phanos" (brilliant).

According to another version, the name could derive from the proper person name "Vanessa," created by Jonathan Swift, of whom Fabricius, the Danish entomologist who named this genus of lepidoptera, was an admirer. Her brilliantness adores thistle flowers (hence "cardui"), on which she rests and lets herself be admired without restraint. This butterfly is a true cosmopolitan! Vanessa cardui loves to be the center of attention. It wants to be seen by everyone and that is why it has become a migratory butterfly able to reach anyone and anywhere! Indeed, this butterfly can be found throughout Italy, even on the islands, and in all environments, from the sea up to 2500 m altitude. The Vanessa is really a big wanderer, in spring and autumn during its migrations, it completes great journeys: for example, it moves from North Africa and the Mediterranean to southern and central Europe, and even to Great Britain!