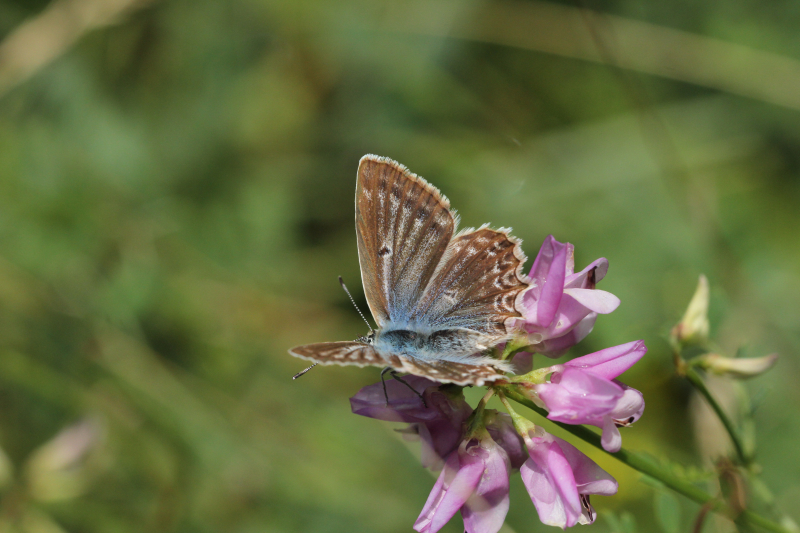 "Look straight into my eyes." " Yeah...which among the thousands?" The generic name of this species comes from combining the Greek "omma" (eye) with the suffix "poly," or "many," and in fact the many eyes that adorn this butterfly dot the underside of its wings.

Polyommatus daphnis would grab anyone's attention, just like Daphne (nymph of Greek mythology, hence "daphnis") managed to make even Apollo's head turn! Polyommatus daphnis is present in all regions of Italy, including the islands, with the exception of Sardinia. It is found in clearings, at the edge of woods and sunny environments, from 350 to 1800 m altitude and flies from late June to mid-August. The larvae (caterpillars) of this butterfly are monophagous on Securigera varia, that is to say they feed only on this species of plant, and are moderately myrmecophilous, meaning they establish a symbiotic, commensal or parasitic relationship with a community of ants. The dorsal part of the wings is bright blue in the males, while in the females (see photo) it is blue with dark brown edges, so the two sexes are easily recognizable. Fun fact: the name daphnis is well-earned also because Daphne, the Greek mythological character, was associated with freshwater streams having the same bright blue color as this butterfly's wings.