Italy is famed for its great biodiversity. It is, in fact, one of the richest European nations in terms of animal and plant species. The number of butterfly species is particularly high: with almost 300 native species, Italy is the second Mediterranean country in terms of species richness, second only to Turkey. 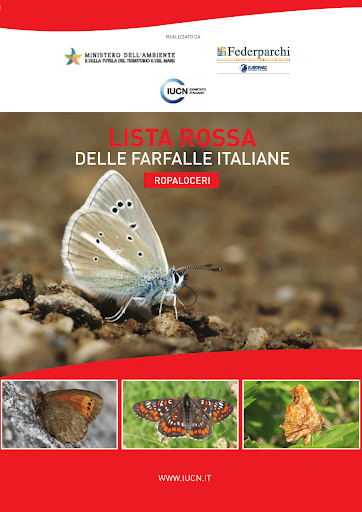 Due to the lack of appropriate instruments for assessing the risk of extinction, it is difficult to estimate the objective probability of losing some of these species in the country. To prevent this from happening, Bonelli et al. worked on the creation of the first Italian Red List for butterflies.

The International Union for Conservation of Nature Red List (IUCN Red List of Threatened Species) is the largest database of information on the conservation status of animal and plant species worldwide. The list is compiled by the International Union for Conservation of Nature, which is the responsible institution. The technical and scientific data are collected and examined by a large number of experts, usually scientists or experts in the various fields of zoology, botany or other related disciplines. These experts are volunteers who lend part of their scientific work to IUCN totally free of charge.

The achievement of this purpose, in the specific case of the red list of Italian butterflies, was divided into three stages:

Extinction risk assessments were based on the IUCN Red List, thus following the most up-to-date guidelines, and were discussed during meetings involving experts from different Italian regions. All native Italian butterflies were included in the assessment and the entire national population of each species was evaluated, including both large and small island species.

Of the 289 butterfly species assessed, one has recently become regionally extinct; there are 18 threatened species in total, corresponding to 6.3% of the species assessed; most Italian butterfly populations are currently stable. The main threats to Italian butterflies are the abandonment of rural land and consequent reforestation, agricultural intensification and climate change (for species living at high altitudes). Want to know more? Try consulting "The first red list of Italian butterflies" by Bonelli et al. at http://www.iucn.it/pdf/Comitato_IUCN_Lista_Rossa_delle_farfalle_italiane_2016.pdf